I got to be a fanboy this week. 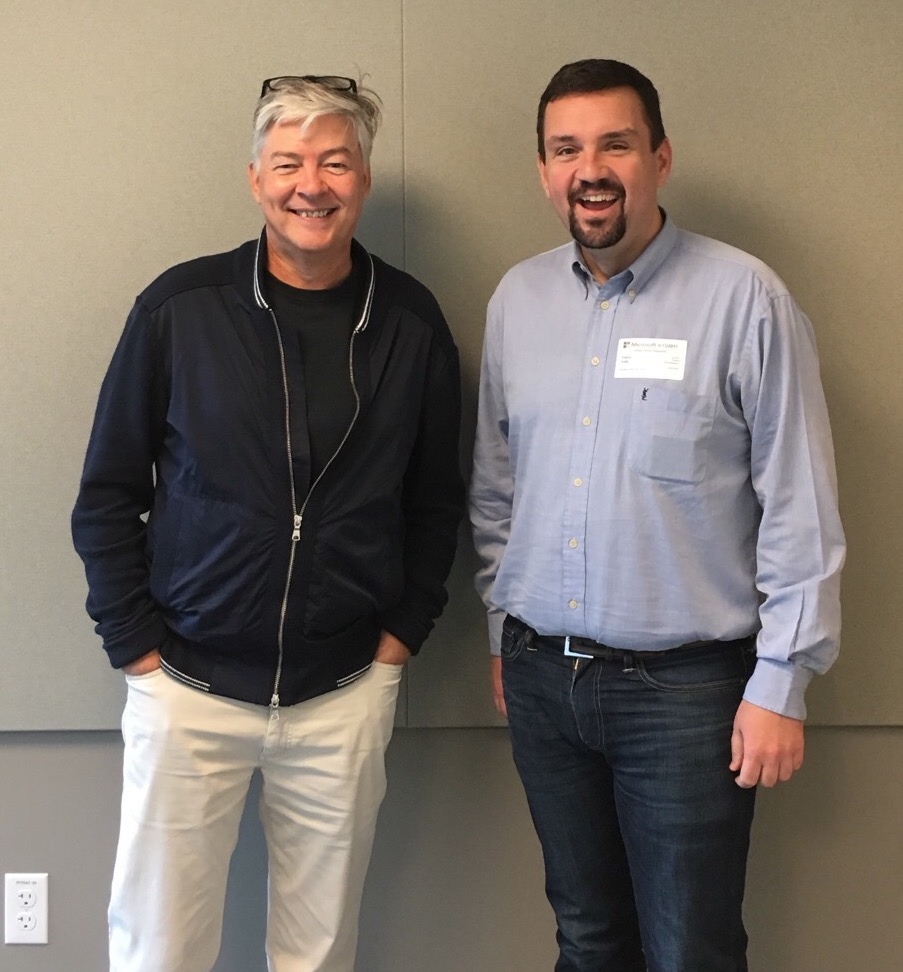 It isn't often that you get to meet someone who has their own wikipedia page. Let alone someone who had tangentially had a huge influence in your life. Anders has lived his life blissfully unaware of the impact he has had on mine.

For those who don't know, Anders is Technical Fellow at Microsoft and is the architect of many modern programming languages. 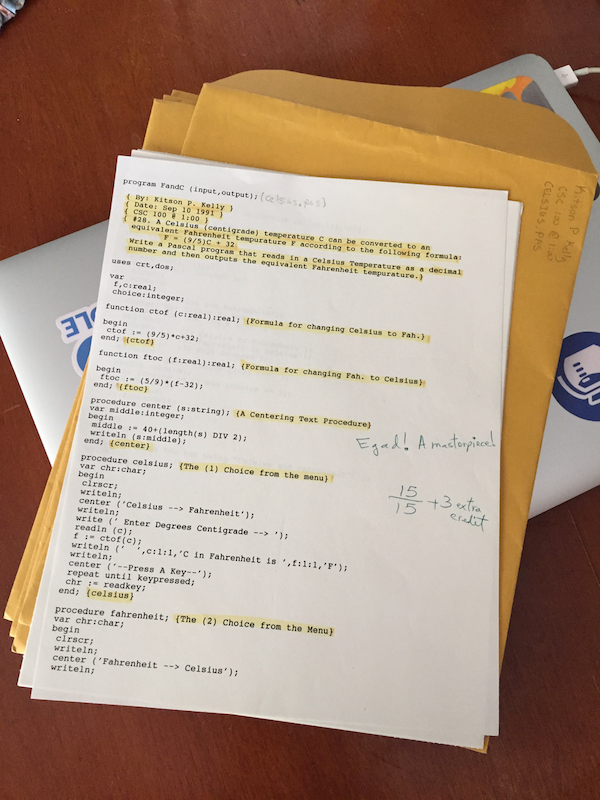 Our relationship started in High School, where I learned Turbo Pascal which continued into the semester at Glendale Community College. Of all the strange coincidences, a few days before my fanboy day, I met up with an old High School friend who handed me over my course work from that first semester at GCC. 26 years earlier, while he and his brother were away at University, I was still keeping in touch with his parents. I must have dropped by to say hello and left my homework. Jon's mom had held onto the work for 26 years, just in case I needed it! That was a sweet and lovely surprise as it was, and strangely meaningful in knowing I was might meet Anders in a few days.

Turbo Pascal and more so Delphi had a huge impact on my life. In fact, my hobbyist interest in Delphi led to my husband picking up the language. That led him to a job in 2003 that was still apart of our lives for the next 15 years.

Recently, my life has been ensconced in TypeScript, being the project lead for Dojo 2 where we are building a framework that will make it easier and better to build enterprise web applications. When I found out that Anders was the language architect behind TypeScript, I was amazed. I had skipped out on his 3rd substantial language (C#), but it was clearly an important language. TypeScript is quickly becoming a hugely important language, and has become core to my day job.

We, SitePen, have been dealing with TypeScript for a few years now, and with our usage on Dojo 2, we suggested to the TypeScript team at Microsoft that we should meet up. The team there was more than receptive, so on this trip to visit my family, Dylan, our CEO, and myself headed up to Redmond. While I didn't necessarily expect my hero to be there, I was hopeful.

I have been lucky in my life to meet important and famous people before, so I sort of felt I could control my inner nerd enough to not faint or drool on myself. I know Anders is just a man, with a job, who is hugely passionate about solving computer language problems, and sure enough, that is the person I met. Outside of my fanboy picture, we had a great discussion with the whole of the TypeScript team, who are an awesome group of people. The problems the TypeScript team and Anders are solving are different than the types of problems that we try to solve at SitePen and with Dojo 2. While somewhat related, we had a great time talking about what is different for each set of those problems. I know I appreciated better the problems with languages and type systems and I think the TypeScript team had better insight into the sorts of problems that are faced enabling people to build better web applications.

This week has reminded me though how interconnected our world and lives are, even when we are totally unaware of those connections, or the influence our lives have on each other.